A logo acts as an identity that clients or customers use to identify a particular company or establishment. In the sporting world, a logo is always the source of pride for the coach, fans, players as well as the sponsors of the teams. Most logos belonging to sports teams today have undergone alterations from the original designs such that it is not easy for new fans to know how the original brand looked like. However, there are a few teams in the NBA whose logos are better than the others, hence they still retain their original identity. Presented is a list of the top logos for NBA teams that are still in use up to this very moment:

Toronto Raptors logo features a dribbling dinosaur and it is one of the old school logos still doing very well as a far as branding in NBA is concerned. Though it is no longer the primary logo of the club, it still features prominently in lots of the franchise’s branding. Its use of a cartoon character combined with a bold colors made it stand out to create character and charm to the fans and members of the team.

Chicago Bulls logo is an example of a classic old school that has stood the test to time when most of the franchises are trying different rebranding techniques including changing their logo designs. The tough looking and intimidating logo have remained the club’s icon since its use begun in 1966. One admirable thing about the Bull’s logo is that it doesn’t just fit the team and the sport but also it contains all the right qualities of a logo from a designer’s angle.

Talk of intimidating the opponents with a logo, then very few logos manage to do it more than the Minnesota Timberwolves. But this logo doesn’t just do a good job in intimidating opponents, but also, it fits the team and is relevant to where the team comes from – Minnesota. The logo has two lines of pine, with an angry wolf coming in between the pines. Though the logo has been tweaked a little since the 90s, it remains to be scary to the opponents yet relevant to the game.

The Celtics are in the same league as Chicago Bulls and LA Lakers regarding franchises in NBA, and their logo is one of the best logos still in use in the present times. Due to the status of the team and its relevance to the sporting association, altering the logo isn’t that easy for the team. The current logo features a Celtic spinning a basketball on his finger while winking and smoking a pipe at the same time. Through the years, this logo has grown to be not just one of the most recognizable old school logos in NBA, but also it has become part of the cities identity full of the Irish Pride.

The Golden State Warriors made an attempt to rebrand in 2010 but were forced to revert to their old school color scheme, thus making their logo be one of the logos still in use in the NBA. The logo features a golden gate bridge that says “Golden State Warriors”. This NBA logo is very simplistic in design yet effective in exuding the confidence and the character of the team.

Many fans and enthusiasts of the Hornets thought that they would lose their famous logo when the team decided to embark on rebranding. But luckily for everyone, the team has stayed good. The modernized logo still has remarkable features that set the Hornets apart from the other teams like just before. Hugo the Hornet as well as the imposing teal and purple color schemes still feature in the logo. It is a bold, loud and colorful logo that does an excellent job in creating a strong sense of identity for the team and fans. All in all, it remains to be an awesome NBA logo.

The name of Denver Nuggets will never miss whenever you talk about awesome logos. It is crazy that some people think the Nugget’s logo is one of the ugliest in the history of NBA, it is one of the coolest logos you will see in the NBA. It is a beautiful yellow color scheme with the Denver skyline and the Rocky Mountains in the background makes it fitting to the team and the location. 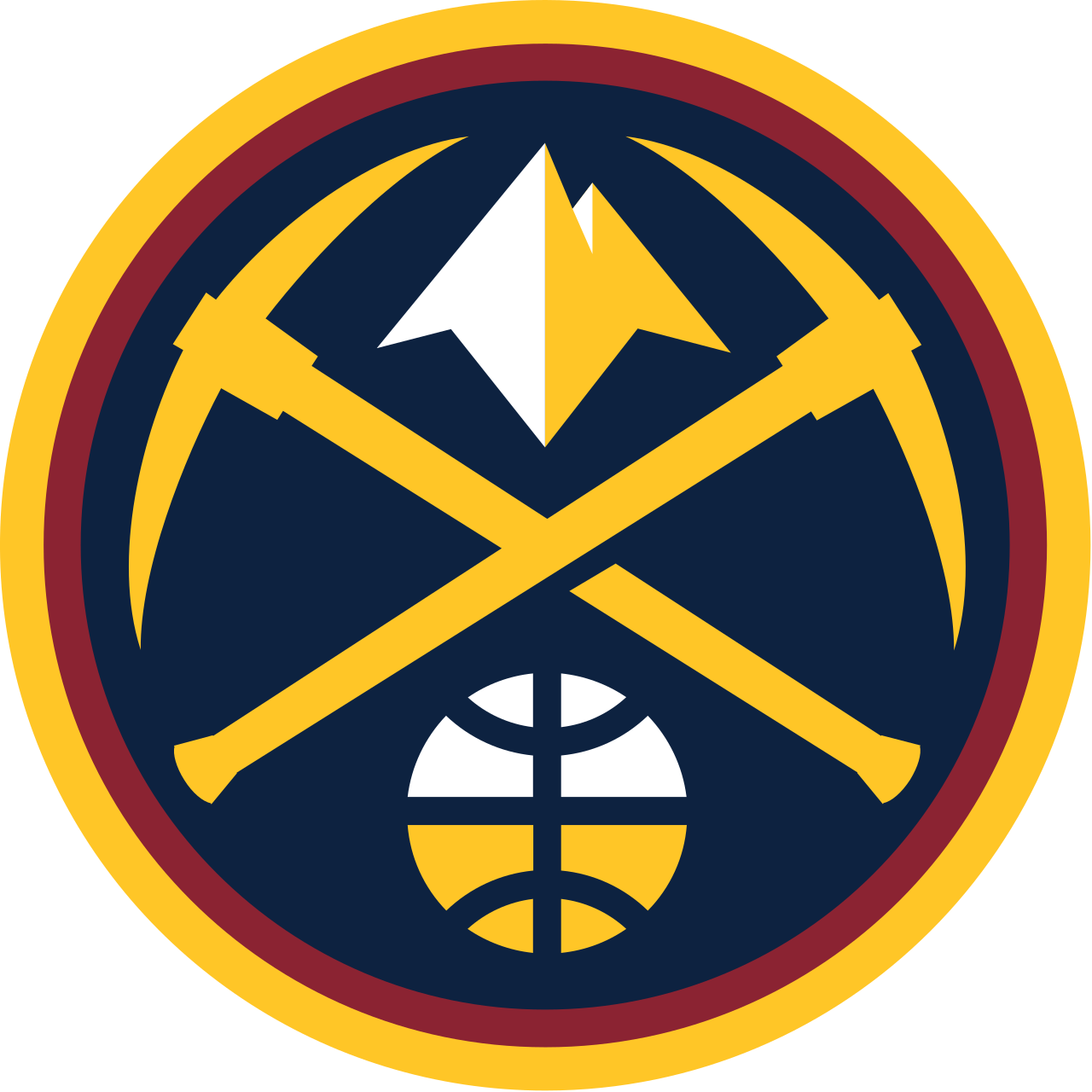