Beautiful Logos With Just One Color

Beautiful Logos with Just One Color

The world we live in is a bright, busy and a fast moving one. Wherever we go, we are surrounded with several colors, and so the majority of people find multi-colored logos to be the most appealing. But this is not to insinuate that beautiful logos must always have multiple colors. If anything, most of the top brand logos in the world have only one color, and they appear to be deceptively simple yet, they have been a strong component in the branding endeavors of the respective companies.

Though they appear to be simple and easy to understand, single color logos have been proven to communicate the brand message concisely, and they become very effective in doing so when they are combined with expert design skills. Since they are just one color, they are easy to remember; hence, they create a permanent imprint on the minds of those who see it. Due to this, they become active brand ambassadors, thus aiding in the marketing efforts of the company and the ultimate success of the brand.

Careful observation on some of the world leading brands will reveal to you that they are either made from simple symbols, or they use just one color. Presented below are a few of such logos and a demonstration of the prowess that one logo designs can have.

IBM has without a doubt created one of the world’s most beautiful logos. The logo features horizontal stripes which signify the speed and the dynamism of the company’s products and services. The logo is simple, attractive and captivating at the same time. It is an all blue logo, and it has been used by the corporate giant to define the brand and the quality of the products. Besides, the single color blue represents the company’s superiority, confidence, uniqueness and the critical roles it plays in revolutionizing the Information Technology Industry. 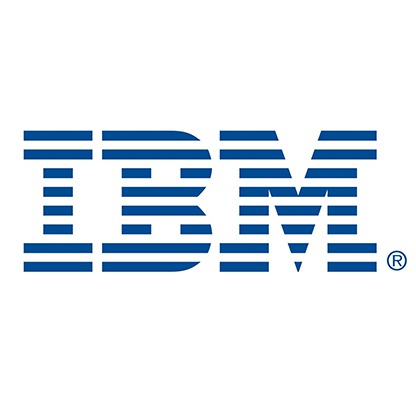 The coca-cola logo is another demonstration of how one color logo can be effective in marketing the brand of a product. Though the logo has undergone a number of transformations from the initial design by John S Pemberton in 1886, the concept has always revolved around the use of just one color and a contrasting one in the background. The initial logo featured the typeface written in black against a white background while the present has the letters written in red against a white background. So famous is the logo that you will never miss to recognize it no matter the part of the world you find it.

Twitter is only a few years old and has completely revolutionized the concept of social network in the world. One of the things that can be attributed to the success of the social network is its strength in branding in which the logo played a huge role. This is another one color logo design, which is not only beautiful but laden with a lot of relevant meanings. The logo features a bird, which has now come to be known as the Twitter bird; it has a beak and a body pointing upwards towards the sky. According to Bowman, the Twitter logo represents hope, freedom and limitless opportunity with regards to the social media.

The Samsung logo also makes it to the list of the best one color logos. The blue colored logo is not just simple, but also elegantly designed in a beautiful color .It works so well for the corporate organization.

The Bass Breweries has entrenched its name down the books of history as one of the oldest and most renowned breweries in the world. Founded in 1777, Bass is one of the largest beer producers in the world with a capacity to produce up to one million barrels annually. But apart from the age and the immense popularity of Bass, the logo is another thing worth taking note of and which has done a great job in promoting the brand worldwide. It is a one color logo design, with the characteristic triangle and the name of the company written beneath it. Being in color red, the logo is strong, distinct and easily memorable, thus giving it all the features a super logo needs to have.

The Nike Logo, commonly known as the Swoosh comprises of two simple curved lines and it is the simplest logo imaginable, but it carries billions of dollars worth of marketing and branding associations. At its most basic meaning, the swoosh represents speed and motion – fundamental attributes in the sporting world where the brand has found a home. But the deeper meaning of the logo can be traced back to the Greek Goddess of Victory, Nike, who is believed to have influenced thousand of brave warriors. The name “Swoosh” came about to refer to the fibers used in manufacturing the Nike Shoes. Definitely, this is a one color logo that will remain effective for a long time, and is in the list for the most beautiful logos.

These are just, but a few of the one color logo designs illustrating that a logo must not just be multicolored. Other one color logos, that are also beautiful logos, which are also world leading brands include Apple, Yahoo, Skype, Mercedes Benz, BMW, and Target amongst others.

Learn how much you should pay for a custom logo here.

S3Stat.com Review: Is This Data Solution Service Worth Your Money?

S3Stat.com Review: Is This Data Solution Service Worth Your Money? Are you wondering if the …