Logos don’t have to be designed in multiple colors in order to look great. The effectiveness of a logo is not dictated upon by the number of colors used but rather the logo’s ability to attract the attention of the potential clients and help the business or company in branding. A closer look into some of the most famous logos in the world will reveal that they have just but a few colors with the majority of them having one or two colors only.

However, this is not to deny the use of multiple colors in logo design. If they can be used effectively without distorting the logo, then there is no problem in using as many colors as you dim fit for one design. With that said, here are beautiful logos with just two colors to illustrate how a few colors in a logo design can be powerful:

The first logo we look at with two colors is the FedEx logo. This is one of the renowned logistics companies offering the shipment of goods from one country to another. The two colors of the logo are purple and orange. These signify the dignity and the royalty with which the company conducts its services.

Other than having two logos, the FedEx logo has been cited in numerous places as being intelligently designed using negative space to introduce a hidden meaning to the logo. If you look keenly, you will notice an arrow between the “E” and “X”. According to the company, the hidden arrow in the logo suggests that the company is a forward moving one, and it has all its focus on the future.

Shell Corporation is one of the energy giants in the present times. The history of the logo dates back to over a century ago when the founders used to ship petroleum to India then come back with seashells to sell in Europe. This is where the inspiration for the logo came and it has never deviated too much from its original design, even though it has undergone a number of modifications. The only two colors of this logo are yellow and red and it is among the two color logos you will ever come across.

The CNN logo is another two color logo you will admire looking at each and every time. CNN is a leading cable network with presence all over the globe. The logo is designed in a manner that its shape reflects on the stability, power and reliability of the new network. The logo uses only two colors: white and red. The red color of the logo represents the valued image of the network as well as the omnipresence and the entrepreneurship of the company as well as its services.

The Amazon logo is another two color logo that has been responsible for the branding and the immense success of the online retail giant. The logo is a simple typeface one with two predominant colors of yellow and black against a white background. Other than using only two colors, the logo has a certain hidden meaning that displays the design acuity that was expended in creating the logo.

It has an arrow starting at the first letter A and terminating at letter Z. This is an indication that the store has everything from A to Z which you mind. Additionally, the shape of the arrow represents a smile to indicate the good customers care service that has become synonymous to the online retail giant.

This is yet another two color logo with amazing hidden meaning. The logo is a simple B and R with the name of the company beneath it and all done in purple and blue colors against a white background. Baskin Robins is a leading ice cream franchise in the United States offering a total of 31 flavors and this forms the hidden meaning in the logo. Part of the B and part of the R has been used to indicate the number “31”, total flavors of ice cream offered by the franchise.

Hope for African Children Initiative has a mission to support African communities. Its logo displays a magnificent use of negative space with only two colors of orange and gold. The white space used in the logo is the map of Africa, and it used to form the image of a child looking up to a mother. It is a wonderful two color logo filled with a lot of emotions of love and peace.

This is an American multinational energy corporation considered as one of the six major oil companies in the world. The present logo has only two colors of blue and red, and it’s without a doubt one of the two color logos you will ever see in the present times. 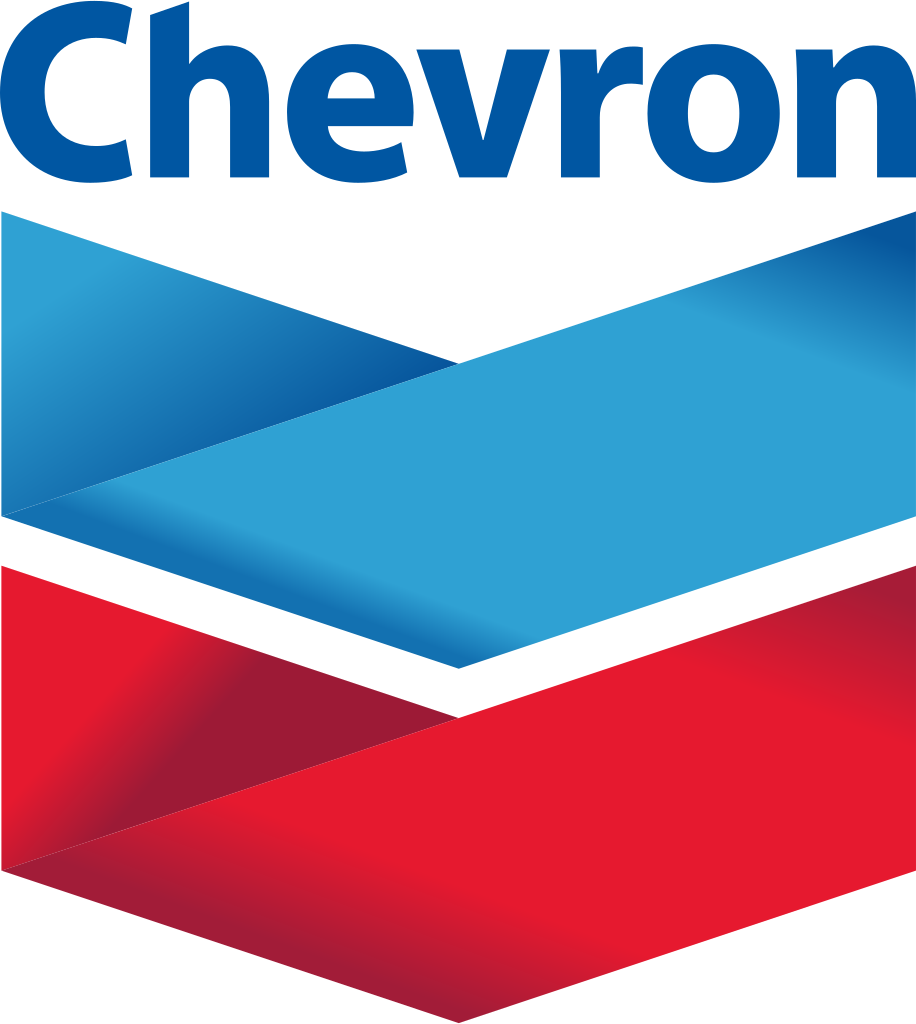 Check out these essentials for logo design!

Previous Logo Design Blues?
Next Tips to Keep in Mind When Designing a Logo for New Business